The Fall Festival on the Farm 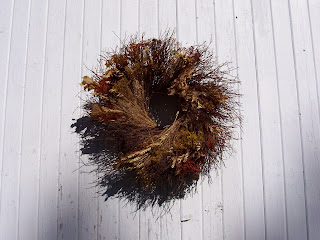 Last night we had what we hope is the first of many Fall Festivals on the Farm. It was a great afternoon/evening. After weeks of cold, rainy, gloomy weather, the sun came out, the air warmed up slightly, and it ended up being the perfect day for a party.

First you need to know how this came about. The Husband has a tendency towards grandiose ideas for parties. Unfortunately, in the past, he has tried to pull them off on a few days notice. Having voiced his desire for a Fall Festival in the past, I felt some planning in advance was called for.

We got our pig from a local farm, Highview Pastures. It was pasture-raised, Berkshire cross. 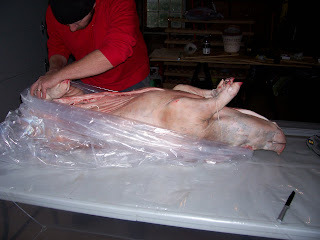 The owners were wonderful. They promptly answered all our questions (and boy did I pepper them with questions and request), opened their place for a visit, and delivered the pig to us. They even brought us extra pig offal (they had processed another pig at the same time they processed ours).

The Husband took the party as an impetus to get some things done with the pole barn - our party location. We now how power to the pole barn (yeay) and we were able to organize and clear out a lot of things. In addition, we bought some 30 bales of straw to use at the party and later for our chickens and the dog (I hear straw is the best bedding for dogs during the cold, cold winters).

So, let's return to the day of the party.

Our friend, the Pig Roaster Extraordinaire, showed up way before the butt-crack of dawn (before 5am) with pig roaster in tow. The Pig Roaster Extraordinaire (or PRE) had some culinary tricks up his sleeve. First, there was stuffing the cavity of the pig with a mix of sauerkraut and apples (and a secret blend of spices). PRE expertly stitched up said pig and the pig was rolled up in a wire mesh to facilitate easy flipping throughout the roasting process. PRE also brought a special basting liquid, again with a special blend of spices, which was liberally applied to the pig on each flipping (done on the hour). 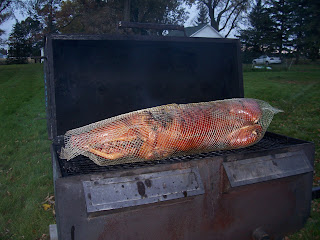 The Husband and I worked to get the pole barn ready for the party. It is always the case that all this work gets pushed and crammed to the last minute. Aside from the Christmas lights in the rafters, we spread out several bales of straw, set up the tables (some bought, most rented), and made sure all things were ready for the apple tasting, the homemade canned goods swap, and the pumpkin pie contest.
We set up a kids activity table with small pumpkins to paint, some wood pumpkin and autumn leaf cut outs to paint, paper, paints, and crayons. 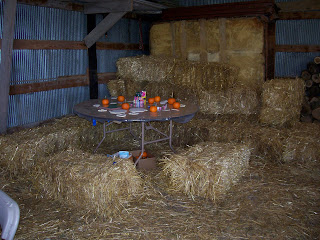 The pig was absolutely fantastic - so juicy, tender, and lots of flavor. I will admit: PRE, the Husband, and I helped ourselves to an ear and the snout well before any guests arrived. PRE even made a pate from one of the livers for lunch (and a side dish for the buffet table). We got buns from Brick Oven Bakery in Northfield - a rustic French, an Oatmeal, and their signature Minnesota Rice.

The apples for the apple tasting (and the cider) were from Pepin Heights Orchard in Lake Pepin. We had 6 different varieties: Honeycrisp, Cortland, Prima, McIntosh, Green Gold, and Haralson. The favorite of this year's festival was the Honeycrisp. Next year, we hope to have a SweeTango. 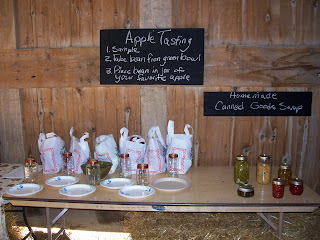 We had 4 pies entered in the pumpkin pie contest - all vying for the coveted 2009 Walnut Nocino. We ended up with a tie between two of those pies. Every judge said that all of the pies were very good, but each was very different from any of the others. They had such a hard time deciding. In the end, a blind draw between the two winners determined who went home with the nocino. 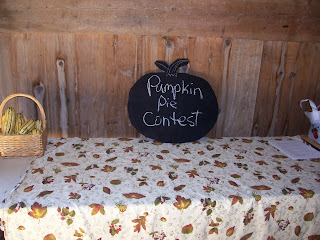 We had so many people attend: neighbors, Guard friends, people the Husband knew from high school whom he hadn't seen in years, friends from Kantorei. There were smores, which were a big hit with the kids. It was a great time. Husband and I pretty much passed out upon hitting the pillows. Now, after a bit of rest and recovery, we're looking forward to next year's festival. I'm thinking a wild game festival...
Posted by Jessica at 10:06 AM